Crisis must be paid by those who caused it

Let’s stop the massacre of the Finance Act

The harsh conflict which is taking place in Greece is of crucial importance for social Europe’s destiny; for living conditions of workers, retired persons, unprotected and weaker citizens; for the future of public services and common goods.

After European Governments have squandered hundred billions euros to give aid to banks and finance empires, all over Europe it is going on an attack on popular sectors, on social services and common goods which is imposing the cost of the crisis not on those who have caused it but, as usual, on wage-earners, casual workers, unemployed people, pensioners and in Italy they have been additionally squeezed through the dismissals and compulsory redundancies of millions of workers who in a short time will be without any social security cushion; through a dramatic rise of hopeless casualizations; through huge cuts in social services; through the slaughtering of State School (41 thousand jobs loss) and the mass expulsion of temporary school workers; through a neverending attack on civil servants; through a huge increase of tax evasion; through the spreading of corruption while the taxation pressure on salaries and pensions is becoming unbearable.

Moreover, with the “Collegato al Lavoro” (a Labour Bill connected to the Finance Act that is going to be introduced) the Italian Government wants to take legal guarantees away through the arbitration with accomplice official Trade unions, and it is announcing further attack on the right to strike and the re-writing of the Workers’ Statute in order to permanently erase any function and it is carrying on denying rights to rank-and-file Unions and Committees.

Only a general European mobilization, coordinated by those who think that a World not based upon profit and global commodification Is Possible, in a tight alliance of labor unions, social and political alternative organizations, can change the events.

In the scenario of a necessary season of strikes and mobilizations, for the next 5th June we call, as COBAS and USB (Unione Sindacale di Base), a National Demonstration in Rome and we propose it to all union, social and political structures who are struggling against the catastrophic prescriptions of economic and political power for “coming out of crisis”, and who want the crisis to be paid by those who have engendered it.

Let’s stop the massacre of the Finance Act

We are for the protection of retired people, casual and unemployed workers

We want to cancel the “Collegato Lavoro” and all cuts on State schools and public services.

Let’s tax big capital and finance transactions ; not a single euro or a workplace less to save banks, financiers and masters.

Let’s reject the attack on the right to strike, on union and labour rights, on contracts, on pensions, on common goods.

We stand by Greek and European workers who are rising up. 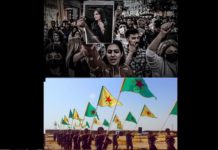 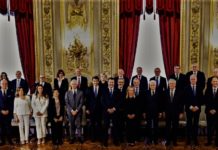 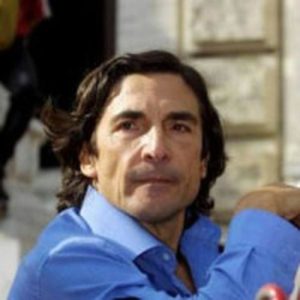